See below for press on Sunday Southern Art Revival (SSAR) 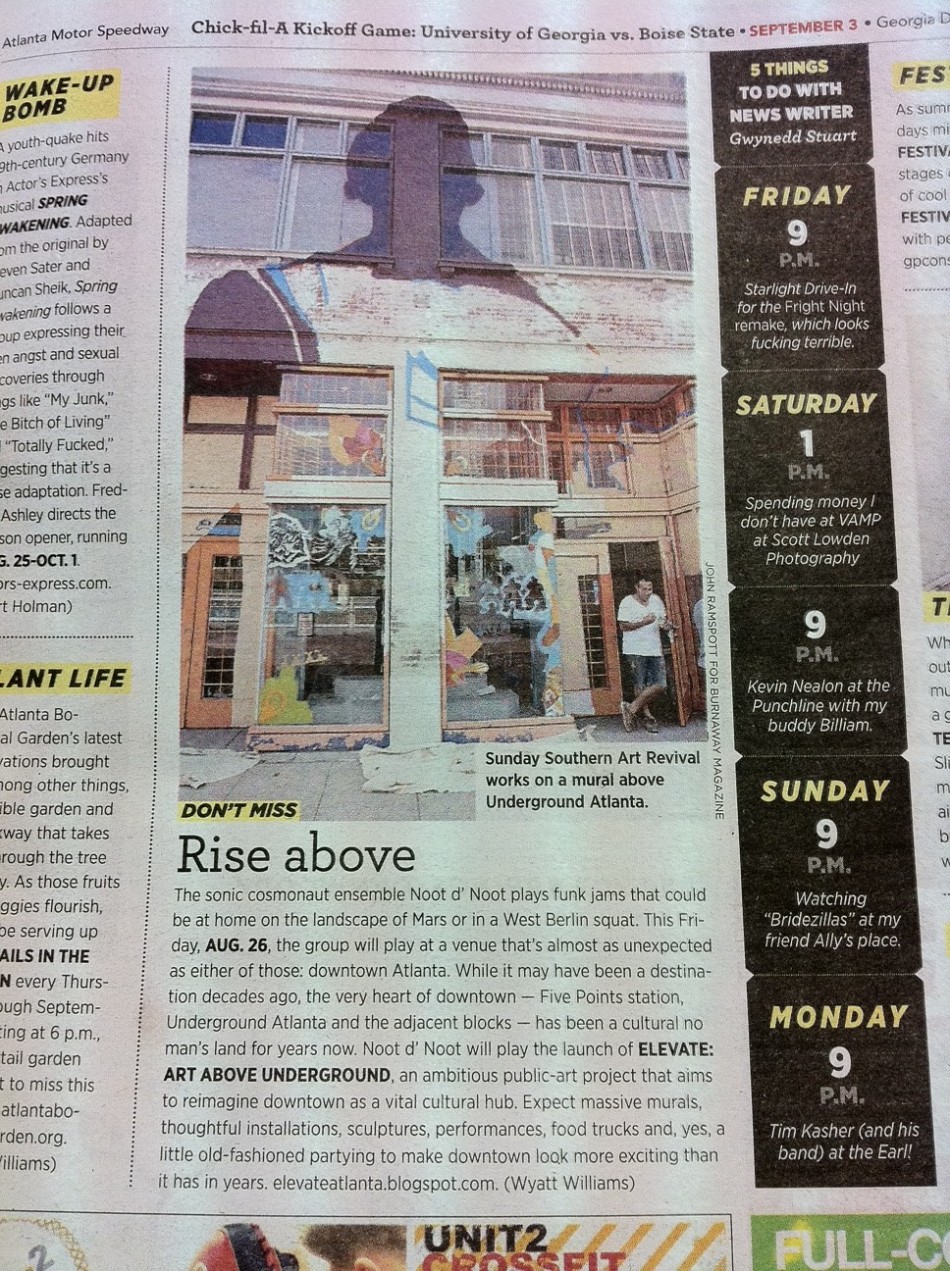 WHAT WE PROPOSED TO DO…

Elevate/Art Above Underground: “Elevate” Proposal:
SSAR is proposing a large-scale layered mural “Elevate” for Underground Atlanta storefront #9. We intend to present an image of the “Preacher” on the face of the two-story building. The image is a figure suggesting elevation, conjuring a rising up from the ashes. SSAR uses this image to represent a revival for art but it can also serve as an iconic image for the current transitional state of Elevate/Art above Underground. For the mural, we will collage the interior glass portions inside the “Preacher” image using vinyl and acrylic paint (see example of Four Coats Mural, Castleberry Hill). For the wall portions we will apply collage with wheat paste.

HOW WE GOT IT DONE…

Below is a massive photo gallery of the ELEVATE Mural as created by Sunday Southern Art Revival.  Like candy! Fresh.

YOU WANT TO SEE IT…

Download PDF Invite for ELEVATE Project sponsored by the City of Atlanta, Cultural Affairs.
The event will be held above The Underground Smack in the heart of the city. 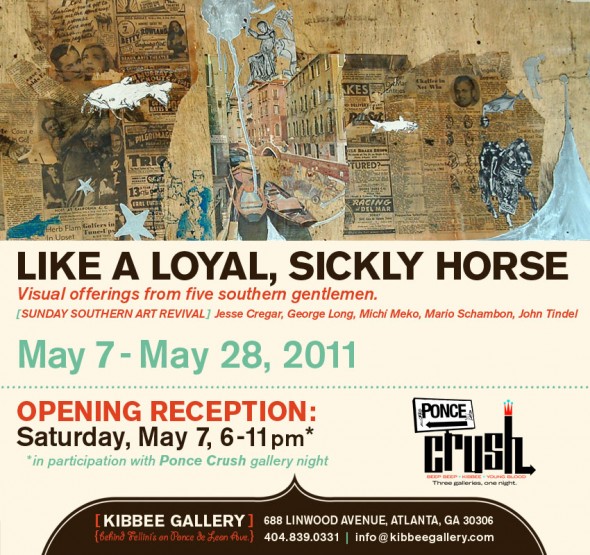 SSAR is a collaborative artist group that’s process of creating is somewhere between a quilting bee and professional arm wrestling. Formed in 2007, the five southern gentleman of SSAR have an ongoing visual banter that has reared five solo exhibitions of paintings, drawings, sculpture, and an offshoot band called “HOT FAT”. The group is dedicated to invigorating each other, the process, and the work. In turn, invigorating the dialogue with the audience. Each member brings their own history and knowledge to the group. Our combined experience in creating artworks for a wide range of venues, including many variety of permanent and temporary public works, with a combined total of 100 years of experience in the field.

“It’s beautiful, what the Hell” …Will Farrell

Sunday Southern Art Revival is making art practice, like an episode of Flight of the Conchords when Brett goes to gang practice. It’s an art workout that confronts notions of quality and authenticity. Michi says, “it’s the practice of anything goes” while Mario practices rubbing it all back out. One theme in the work is “the substitute for the Real Deal” which is an acceptable replacement for something authentic, namely the subject of Art itself. It’s a parody. There are texts present in some works that are taken from art magazines, ads for upcoming shows and notorious art fairs (the ones that define contemporary art and its latest trends) and quotes from reviews of an exhibition. Making an artwork from a review versus writing a review about an artwork is a practice of taking control, displacing the critic and the normal lineage of art evolution: from studio to debut to review to perhaps, even its death, wrapped up in a not so neat package compressing the stages of perception and manipulation.

SSAR, however, IS the real deal: Real Nitty Gritty. George likes to capture the details in which a piece was made. The studio often doubles as a potluck BBQ southern culinary exploration during which collard greens and paint are being stirred at the same time. If a little sauce and beer gets on someone’s Sunday suit it’s almost guaranteed to be in an artwork someplace. Everything is archival when sealed with enough shellac. Recycling is a worthy practice especially when large tasteless quantities of Miller High Life cans are consumed then remade into an exhaust manifold for a sculpture of an engine also made from used materials. The practice is the result of some intense training that never looses any weight and has plenty of impact to boot. –Jesse Cregar — May 2009

Sunday Southern Art Revival is hustling a new T-Shirt from our recent cookout.
Get one. Get some sauce on it. Only $12 (sizes still available s,m,xl,xxl).
SOLD OUT 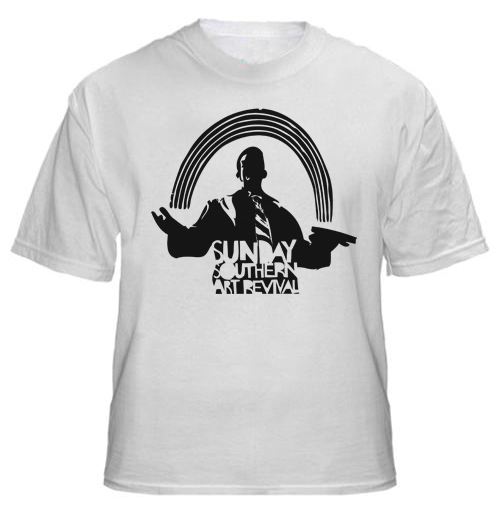